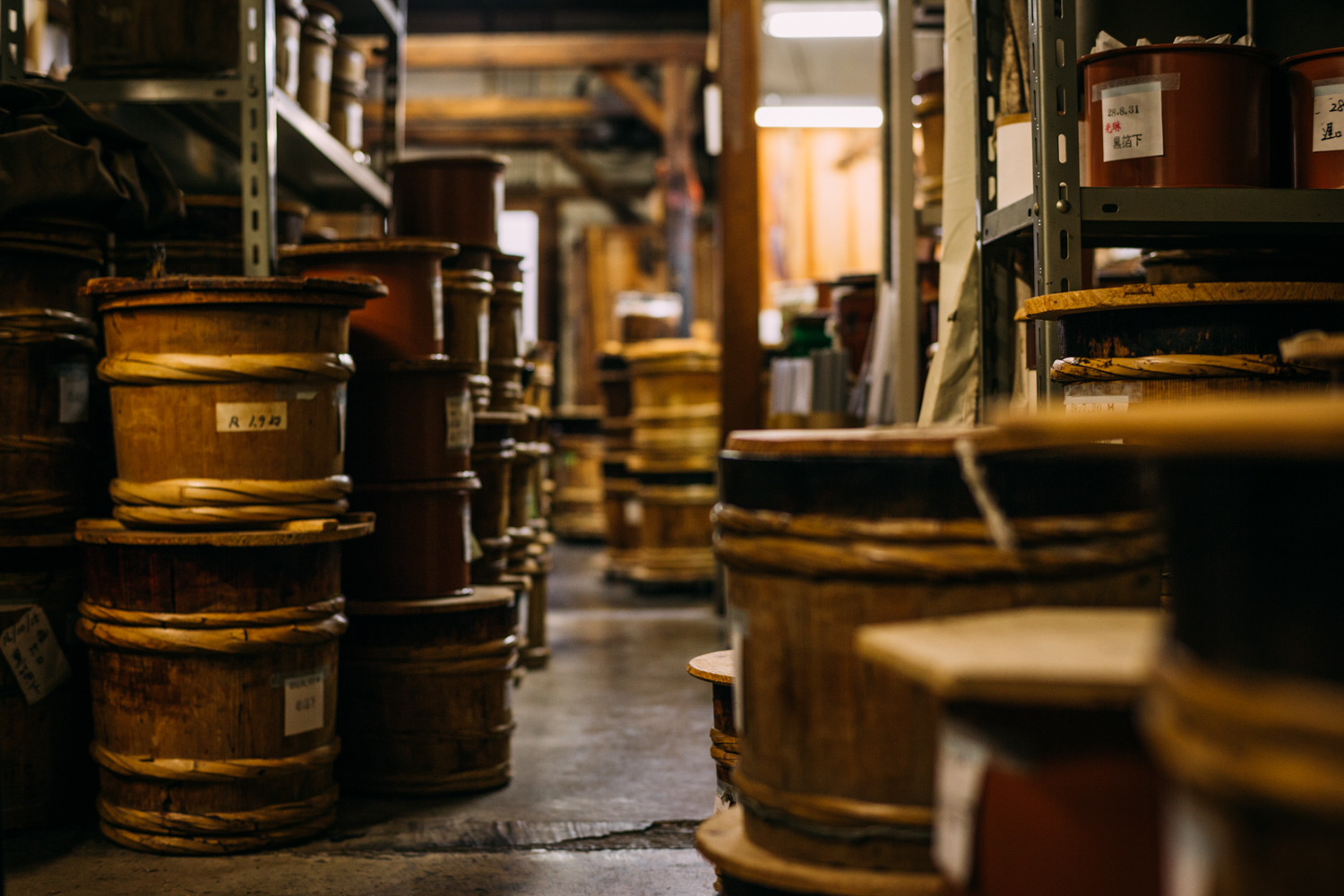 The path to “Forest of Craft”

Takuya Tsutsumi, one of the founders of PERSPECTIVE, the non-profit organization that is implementing the “Forest of Craft,” is the fourth generation in a family which has been refining Urushi since the Meiji Era (1868-1912). Urushi refiners’ work lies between that of the urushikaki and the nushi/nurishi. Urushikaki are the people who cultivate and gather Urushi, which is tree sap. Nushi/nurishi are those who use the Urushi to make lacquered products such as bowls and Buddhist ritual implements. Urushi refiners filter the sap to modify the qualities of the Urushi according to the wishes of the nushi/nurishi. The refiners are specialists of Urushi as a material, and are able to change the Urushi’s viscosity, luster, and speed of adherence, to their clients’ exact specifications. 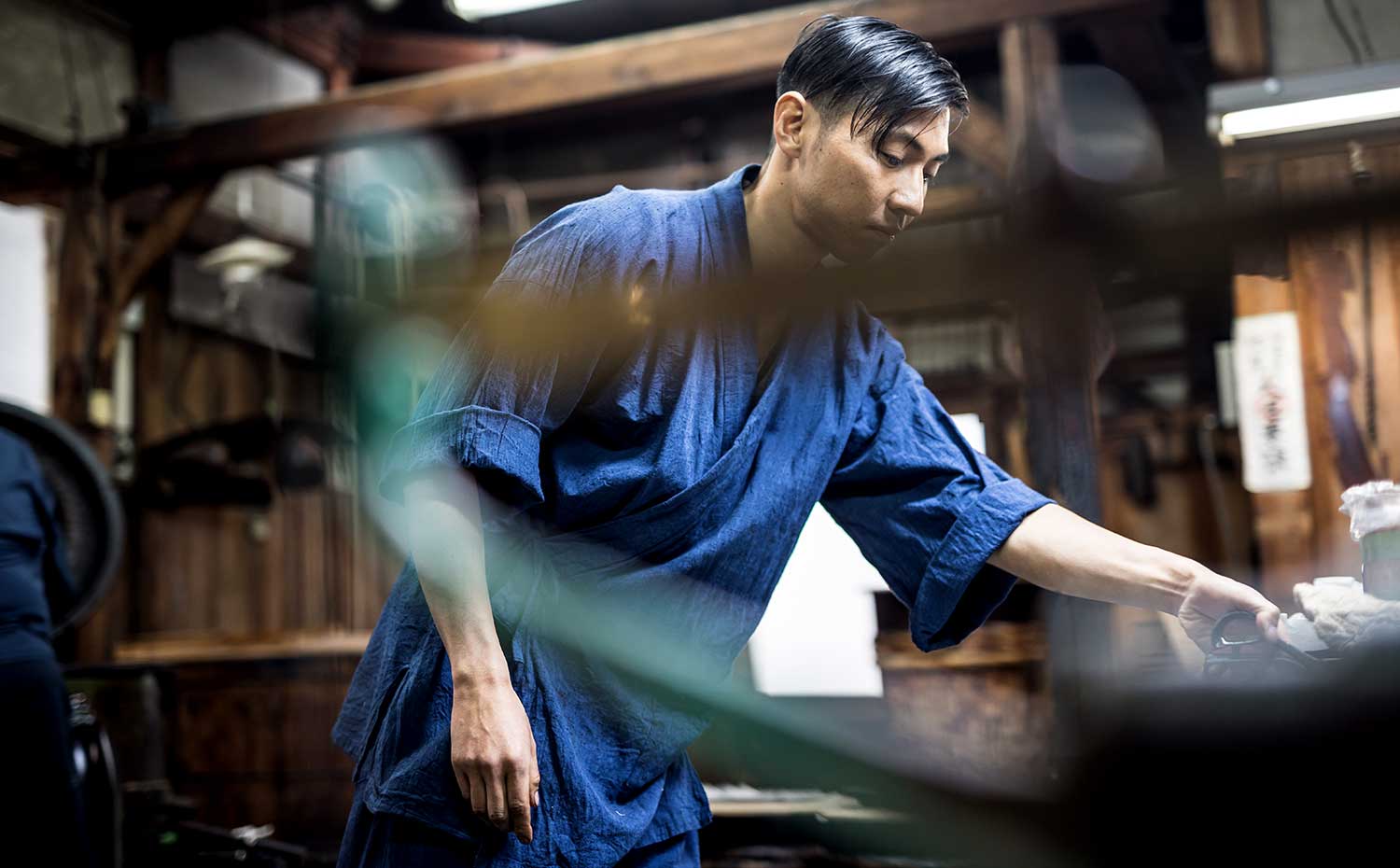 Sachiko Matsuyama, the other founder of PERSPECTIVE, is an advocate for and educator about Japanese traditional crafts. Japanese traditional crafts reflect the unique climates, environments, and cultures of the various regions of Japan from which they hail. They have been polished by the spirituality of the Japanese people, and have become timeless elements of Japanese society, passed down from generation to generation. Matsuyama has learned all of this and spread this understanding to people both within Japan and overseas. Urushi was just one piece of this greater work, but she saw it as a symbol for the greater whole.

The current state of Urushi and Japanese traditional crafts

Japanese Urushi lacquer is a sustainable natural resource which can be harvested from Urushi trees after 10-15 years of growth. In Japan, the Urushi tree is a familiar and helpful plant which has been cultivated near settlements for over 10,000 years. It is used as an adhesive, and to prevent water damage and rust.

Behind these changing numbers is a society wherein things can be made ever quicker, and in ever larger quantities. In this economic climate, which gives priority to the manufacturing industry and urban areas, the kind of craftsmanship born from a relationship with nature spanning years or even generations is vanishing. People do not see it as worth the investment. 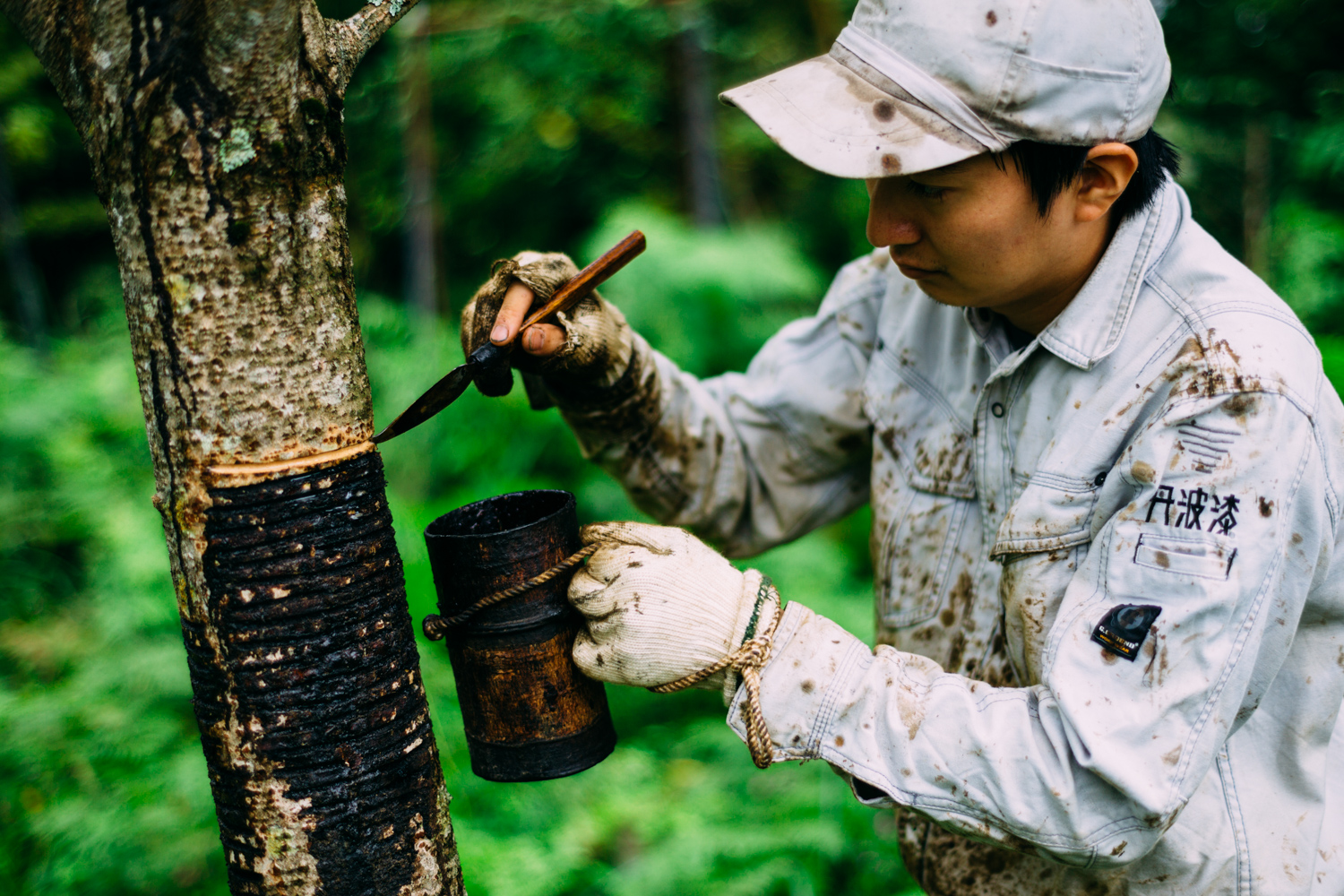 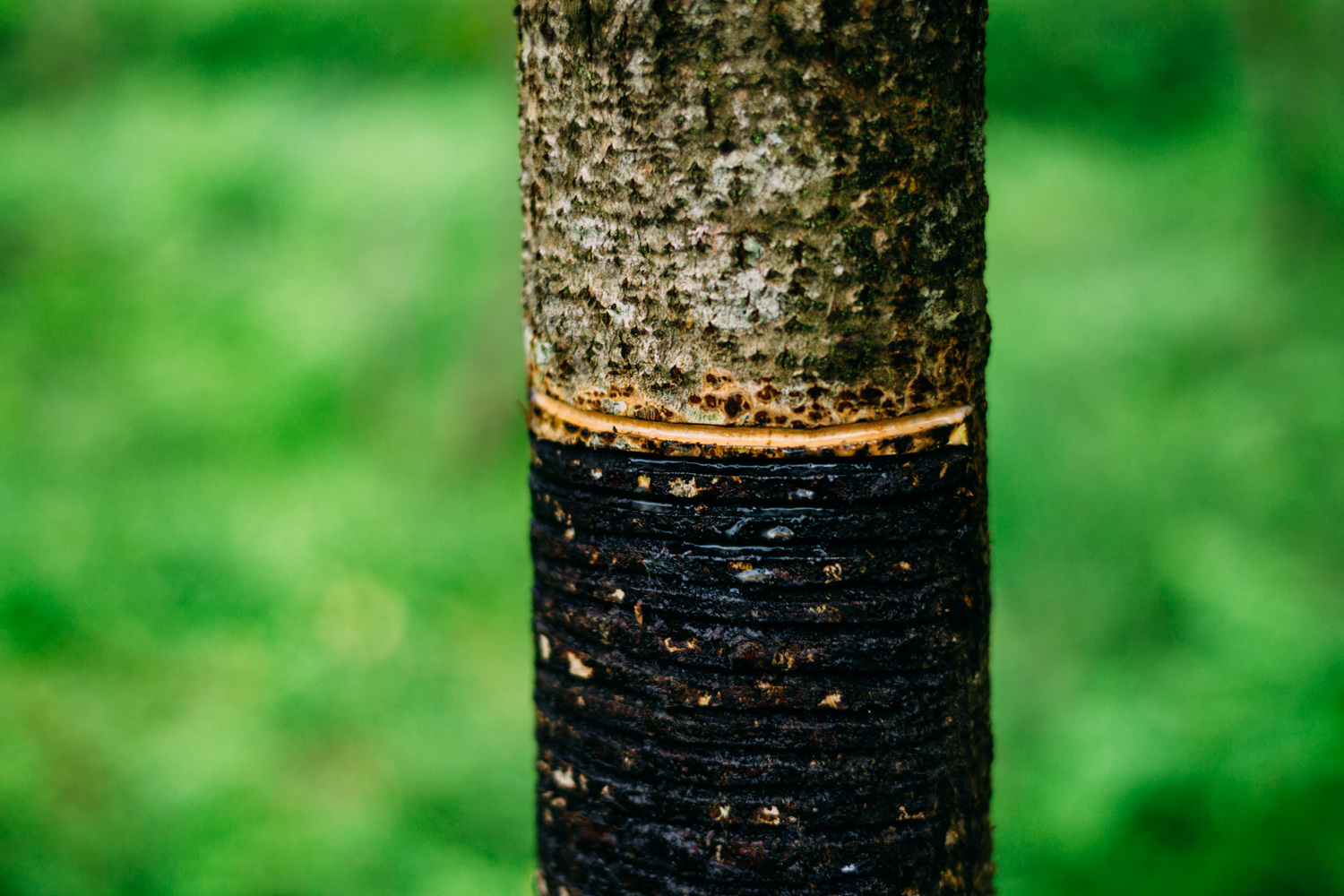 Visible in this trend: the current state of society

In the wake of the decline of traditional crafts, there are many other societal problems borne of the urbanized, mass production-based economy of the modern age that are deeply saddening to us.

One of these is the state of the environment. In this modern age wherein being able to make identical items ever faster and in ever larger quantities is idealized, we have far outstripped the Earth’s capacity to replenish itself. We are threatening the sustainability of the environment as a whole. This type of production leads to large amounts of carbon dioxide emissions and trash.
As a result, we live in a world where we see reports of extreme weather events every year and pictures of plastic in the ocean every day. 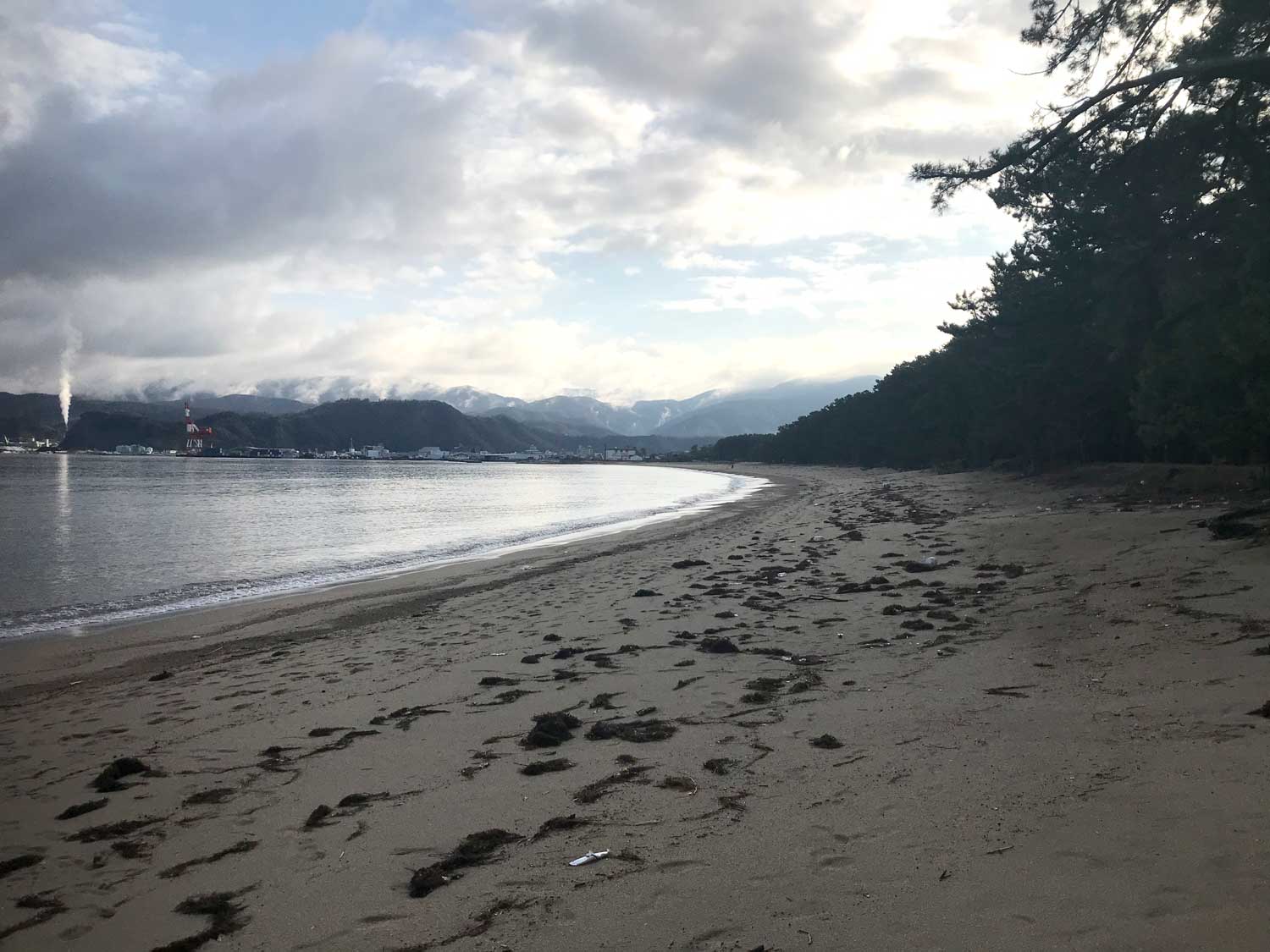 Another issue is the state of society. From crops to building materials to even energy production, the city is reliant on the countryside for its daily necessities. Despite this, the efficiency and affluence of city living are glorified, leading more people to concentrate in and on the cities. Thus, the countryside has gone into decline as it is gripped by problems of population decrease and population aging. The people that live in these regions are seeking a glimmer of hope.

Finally, there is the problem within us: how we interact with the environment that surrounds our society overflowing with items and products. In this era where anything, item or information, can be easily and conveniently obtained with a single click, we have begun to realize that, in actuality, we have not been able enjoy this abundance at all. Also, we believe that we are losing our ability to accept the unique character contained in each item made from natural materials. Likewise, we are losing our ability to understand the work and knowledge involved in making something with one’s own hands.

Our belief is that the situation that Urushi, and Japanese traditional crafts more generally, face is nothing more than a reflection of the problems our society faces.

A societal approach with Japanese traditional crafts (Urushi) as a method

If indeed Japanese traditional crafts can reflect modern society, we should then be able to work backwards and approach society through crafts. It was with this belief in mind that we began our work as a team.

If we replace even just one of the petroleum-based goods such as plastic, which are found everywhere in our daily lives, with one made of natural materials such as Urushi, that can contribute to the sustainability of the whole world.

If cultivating and making full use of crafting materials through the Cycle of Craftsmanship can be of help to the livelihoods of those living in rural communities, we may be able to make the idea of living or working in the bountiful countryside an appealing, viable alternative to city living.

Working with natural materials requires a sensitivity and physicality that can respond to the constant ebb and flow of the natural world. We believe these qualities can serve as a signpost for cultivating harmony between humans and nature, as well as between people. 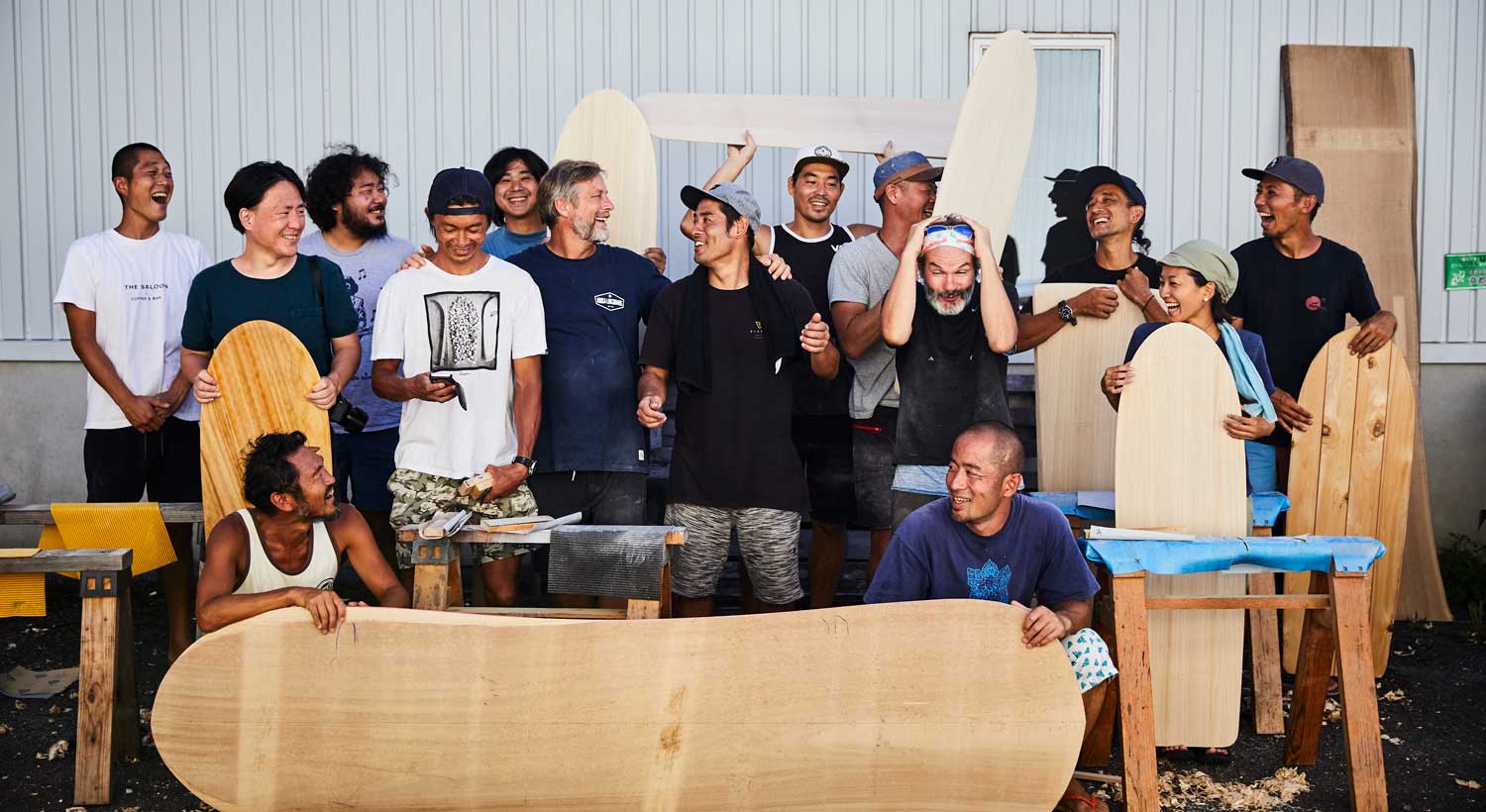